You need to log in before you can see your notices.

Thankfully there's only a few weeks left before we get to do it all again!

Our 2021 Fantasy WRC competition will be available for your entries later this month, giving you plenty of time to get your leagues set up. Don't forget to follow @fantasy_wrc on Twitter to get a reminder.

Thanks to all for playing. It's been fun!

"Blimey! Where did he come from?"

The final scores have now been loaded for this years Fantasy WRC competition.

Our 2020 Champion is Petteri L. Petteri started the rally in a reasonably distant 7th place but posted the best score of the weekend to win the competition by a whopping 380 points! Well done!

Hector R is our runner up, and Eoin Moynihan makes a late lunge and claims the final podium position.

Commiserations to the pre-rally favourite Roger B. Roger lost Neuville early on, but the fatal blow to his title aspirations were the Evans and Veiby incidents yesterday. 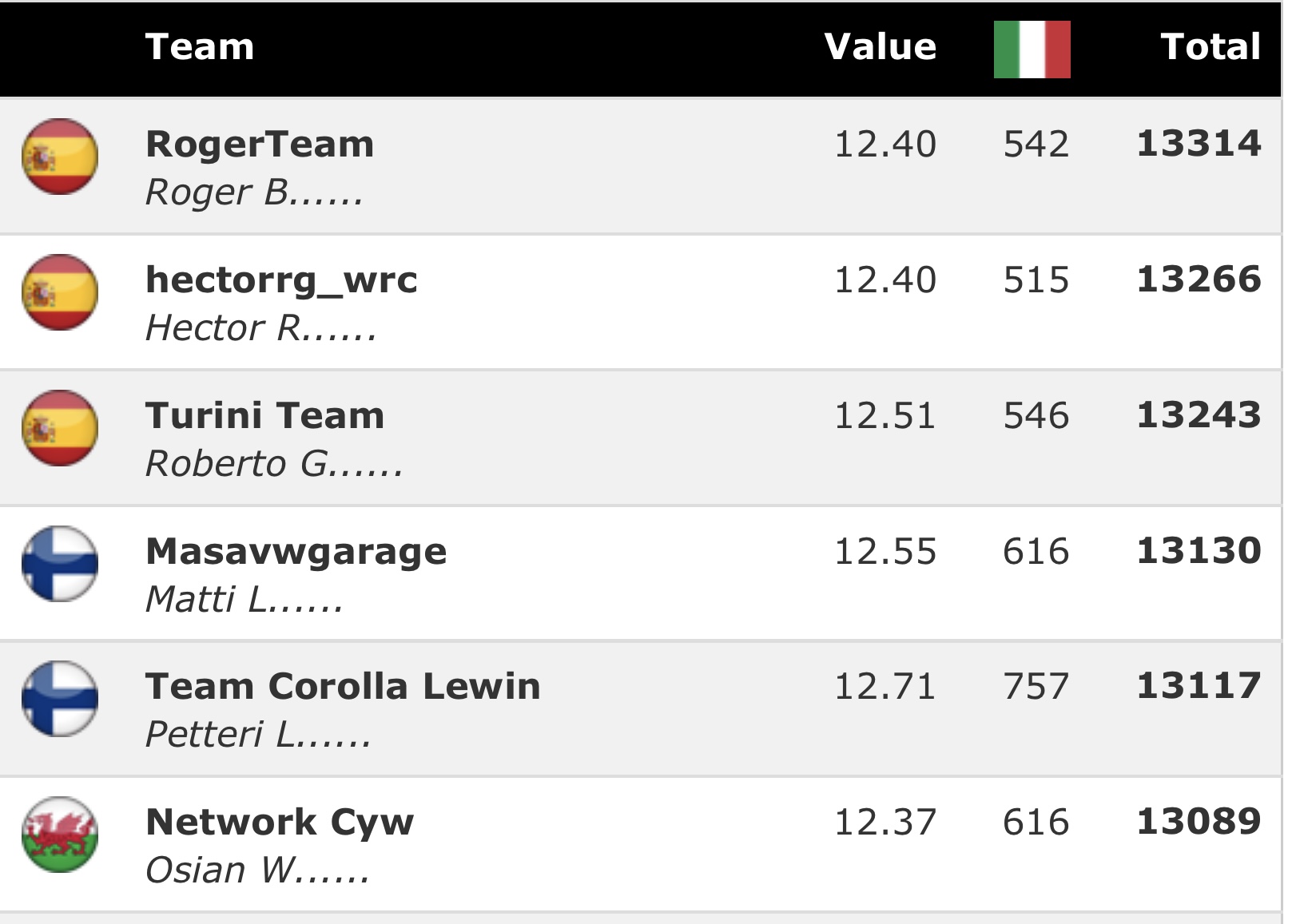 Scores are in up to and including SS13. What drama! Gotta feel for Evans.

The Fantasy WRC Championship is also going down to the wire. Roger B still leads by 48 points over Hector R, with Roberto G a further 23 points behind.

However, there is a Finnish attack coming - and looking at the driver selections there's a strong possibility they could spoil the Spanish party.

Still lots to play for in the final 3 stages - plus the big points available in the Power Stage. It could make all the difference!